I would be hard pressed to have a Hall of Fame without one of the founding fathers of the National Wrestling Alliance included in it's hallowed halls. Sam Muchnick was tutored in art of promoting by St Louis legend Tom Packs but after a disagreement over money following the Joe Louis Tony Musto fight Sam decided to leave his mentor and go off on his own. With Jim Londos by his side and the career of wrestling most forgotten promoter would begin in 1942. Upon his return from the Air Force, Sam would get back to promoting in St Louis focused on the legendary Kiel Auditorium and with the help of Ohio promoter Jack Pfefer the newbie would attract 3771 fans to the arena. In mid 1948, Sam was approached by fellow promoters Pinky George and Tony Stecher about forming a wrestling union. With all in agreement, on July 19, 1948, Muchnick met with fellow promoters Pinky George, Wally Karbo (representing Tony Stecher), Orville Brown, Max Clayton, and Al Haft at the President Hotel in Waterloo, Iowa to form what was named the National Wrestling Alliance. Pinky George was named the organization's first President while Orville Brown was subsequently recognized as the first NWA World Heavyweight Champion.

Following the formation of the Alliance, Sam's business started to pop as he was able to benefit from talent exchanges with other memebers including now having access to Buddy Rogers who had been a top star in Ohio for Pfefer. Starting in 1950, Sam would begin his first term as president of the Alliance which he would continue as president for the next nine years being reelected every year. By 1960, Sam had stepped aside to allow someone new to take the lead of the alliance. He served as secretary under Frank Tunney, Fred Kohler, and Karl "Doc" Sarpolis. However, Sam would be reelected as President of the Alliance in 1963 and would remain as president until 1975 which meant he not only held the power during the NWA's golden era, but was wrestling most influential promoter for 25 years.

For the better part of forty years if you wanted to prove yourself in wrestling you had to earn the respect of Sam Muchnik and work the St Louis territory. Muchnik had an eye for future World Champions with his territory being the launching pad for names like Johnny Valentine, Ric Flair, Harley Race, Gene Kiniski, Dory & Terry Funk, and many more. Sam was at the helm for the expansion of the alliance as well finally stepping aside in 1975 with Jack Adkinson (Fritz Von Erich) taking a term as president. The last card Sam would promote was held on January 1, 1982, which was made "Sam Muchnick day" by St Louis Mayor Vincent Schoemehl. Shortly there after St Louis Wrestling Club was purchased by Harley Race, Bob Giegel, and Pat O' Connor putting an end to an era of wrestling in St Louis.

I can't put into words the legacy that Sam Muchnick has left behind in the wrestling business as for the better part of forty years Sam Muchnick was the man in the NWA. Even when he didn't have control he still had the respect of his peers enough where his approval mattered to those around him. Sam Muchnick was honored as St Louis legend during WWF Bad Blood 1997 and sadly he would pass away the following year at the age of 93. Without Sam Muchnick modern wrestling wouldn't exist, because without Sam Muchnick would the NWA have existed. I am honored to finally induct the iconic Sam Muchnick into the Wrestling Express Hall of Fame Class of 2021. 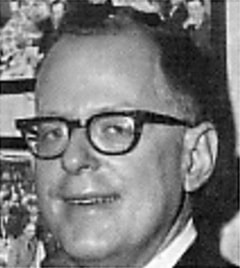 There are few people that have had such an impact on the wrestling business other than Jim Barnett. Mr. Barnett is credited with inventing studio wrestling in Indianapolis and set up promotions in areas like San Francisco, Australia, Florida, Georgia and various others. Starting out in Chicago with Fred Kholer who promoted wrestling in the area it was Jim that helped with the television negotiations.

​In 1964, Jim made the move to Australia to start a promotion in the virgin area with Johnny Doyle. Sadly, Johnny Doyle would pass away in 1969 and Barnett would take over ownership of the promotion and World Championship Wrestling making that promotion one of the most successful wrestling companies in the world. In 1972, a war began in Atlanta after the death of wrestler/promoter Ray Gunkel and this would leave a void in the area that Ray's wife Ann filled, but she would fill it as an outlaw promotion. After two years it wasn't going well in Georgia and the NWA territory was losing the battle, but in 1974 they made a call to bring Jim Barnett back from Australia.  Barnett had the magic touch and within six months Georgia's war was over and the NWA had won the battle defeating Ann Gunkel's All-Star Wrestling.

It was through the war the Barnett would forge a friendship with media mogul Ted Turner who would also air Georgia Championship Wrestling on WTCG-TV better known as TBS Superstation. It can't be understated the amount of influence that Jim Barnett had on the wrestling business and where it is today from setting up Roy Shire in San Francisco to selling Detroit to The Sheik to saving GCW from Ann Gunkel it is fair to say that Jim Barnett gave his life to wrestling. For those who might not be aware Jim also helped Jim Crockett Promotions regain the time slot on TBS from WWE and was a major proponent of the first three Wrestlemania's helping set up both historical events while working for Vince and WWE. Mr. Barnett has done it all in pro-wrestling and now he is the first inductee into the Wrestling Express Hall of Fame Class of 2020!! 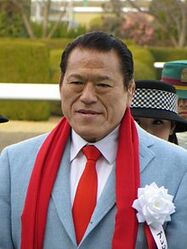 Though in some cases it might've been an easy choice to due the legacy he left behind in the world of pro-wrestling, this year I have chosen to induct Antonio Inoki into the Hall of Fame under the Owner's Choice banner. In my opinion, Inoki is right up there with Giant Baba and Rikidozan as "Icons" in the world of Japanese wrestling. Interestingly enough Inoki started his career as the protege of Rikidozan in the Japanese Wrestling Association. One of his classmates while in the dojo was Giant Baba and they would become a tag eventually running the division in the late 1960's. They would be among the talent that would try to fill the void left by Rikidozan after his passing.

In 1972, Inoki was fired from JWA after attempting to takeover the promotion and then he would found one of the more popular promotions in modern wrestling called New Japan Pro-Wrestling. Imagine if Inoki was never fired how much the landscape of Japanese wrestling would've changed in the years to come. The following year after New Japan was founded JWA would close it's doors and the Japanese wrestling landscape would change again as two new promotions would be leading the charge in New Japan & All Japan. Inoki's first match in New Japan would be against fellow future legend Karl Gotch.

One thing that is hard to forget about Inoki is his highly talked about meeting with Muhammad Ali  in 1976 which was one of the biggest worldwide sporting events in history. In some cases Inoki didn't have the best reputation, but there is no doubting without him who knows where NJPW would be especially considering he trained a lot of the promotions biggest future stars. Inoki trainees include: Great Muta, Masahiro Chono, Shinya Hashimoto, Riki Choshu, Tiger Mask, and a variety of others; one name on the list that surprised me was former WWE Cruiserweight champion TJ Perkins. It is clear that Inoki left a last legacy in the world of pro-wrestling thanks in part to him giving us New Japan Pro-Wrestling which he sold his interest in to Yukes back in 2005. Two years later he would found another promotion called Inoki Genome Federation which is not only still in business but Inoki just walked away from only last year.

Politican, Businessman, Icon.... all these words are different ways to describe the legend that is Antonio Inoki. I am honored to welcome Antonio Inoki into the Wrestling Express Hall of Fame Class of 2019 as our final inductee. 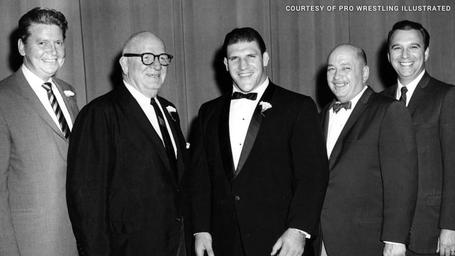 Most fans that have heard the name Toots Mondt they think about his involvement with the World Wide Wrestling Federation as a business partner of Vince McMahon Sr. in the early days of the company. However, Toots had a career in wrestling long before his time in the WWWF and it dates back to the 1920's and the days of legends like Ed "Strangler" Lewis and George Hackenschmidt. It was actually at the tender age of 18 years old when Toots would begin his wrestling career, but he wouldn't really start honing and expanding his skills until joining Ed Lewis's camp and would learn from one of the greats. Much like Jerry Jarrett, Eddie Graham, George Scott, and others it wasn't until he hung up the boots that Toots would find his true calling in wrestling as a promoter.

Mondt would become one third of the famed "Gold Dust Trio" with Billy Sandow and Ed "Strangler" Lewis. The three would change the wrestling world forever by actually bringing about the idea of promotions and events rather than one match shows. Prior to the "Gold Dust Trio" many wrestling events would just feature one match that would go for upwards of an hour. These three men would also introduce the idea of promotions that could travel from town to town much like the carnival had done in the past. Another ideas these men brought up was the concept of the top guy not always having to hold the title and having them lose the title to win it back later as a way to increase houses. Such a simple idea yes, but this concept had to start somewhere don't you think.

The impact that Toots had on the world of wrestling can not be understated as he is a legend that is never recognized and hardly remembered. But sometimes it is the greatest stories that are never told that we remember. There is no doubt that without Joseph "Toots" Mondt that the current world of wrestling would be very different especially how the WWE looks today and legacy he has left behind is incredible. It is my honor to welcome Toots Mondt into the Wrestling Express Hall of Fame as the Owner's Choice for 2018.

I have been thinking about this for the longest time because of who I have chosen. One of the inductees for the class was entitled the Owner's choices award which is combing not just their legacy in the wrestling business. For the last 30 years, James has been a part of the wrestling business in some form or fashion as he has held many titles, but one title has remained constant and that is being a referee. During his career James has worked in a variety of companies including USWA, World Class, and others.

​For those who don't know over the last year James has really played a big part in helping with the development of my YouTube channel. Since the spring of last year we have come together to travel back in time to the Dallas but we also have spoke about modern wrestling as well. Honestly, it is crazy to me that I have been lucky enough to sit and learn about the history of pro-wrestling from such a knowledgeable and respected member of the wrestling community. During his career in wrestling it is fair to say that James has given a majority of his life to the profession that he loves and you can see that anytime you talk to him about pro-wrestling no matter the subject. This is just one of the many reasons why I believe James Beard belongs in a Hall of Fame and why he is the Owner's Choice for 2017. ​ 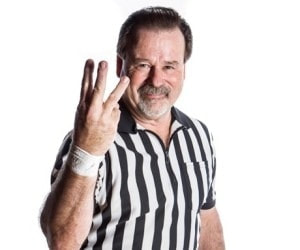